“I feel like I learned a lot about food”.

“We have never attended any training like this before”.

These are some of the reactions to the photovoice workshops that we ran as a part of the Sustainable and Healthy Food Systems (SHEFS) project with the members of Women’s Self-Help Groups (SHGs) in Visakhapatnam city, Andhra Pradesh, India.

Photovoice is a type of participatory action research, wherein members in the community can voice their opinion through photography on matters which are important to them, which they usually do not have a say in. As part of the SHEFS project, we are using photovoice to explore what SHG members think about the food systems around them in general, through five food groups – milk and milk products, fruits and vegetables, chicken, and millets and processed foods. These items were chosen as they represent key constituents of the food system in Andhra Pradesh. 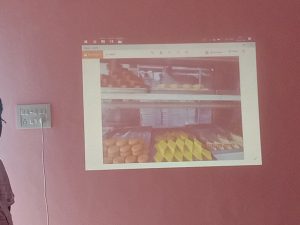 Photovoice was implemented through a series of five to six workshops. Prior to commencing these workshops, we met key leaders of the SHGs and explained what the SHEFS project was and what we wanted to do through photovoice. They then discussed this within their groups and nominated one or two members from the different SHGs to participate in the workshops. In workshop one, we explained what the SHEFS project was, why sustainability was important with respect to food systems, what photovoice is, and the end results of the photovoice workshops. In workshop two, the participants were trained in using digital point-and-shoot cameras. In workshop three, the members chose from the five food groups which one they wanted to explore through photovoice. This was a collective decision by the group and was based on what they think is important for them, their families and the community. Once they decided which food group they would want to work with, the facilitator provided them with broad questions like “Where do you buy this food item from?”, “How do you consume the food item?”, “What traditions are associated with the particular food item?”, “What do you want to change about this food item?” etc. and asked them to take pictures in response to these questions. In the next one to two workshops, the photographs were displayed using a projector and members discussed the photographs using the SHOWeD topics –

What do you See?

How does this relate to Our life?

Why does this concern us?

What can we Do about it? 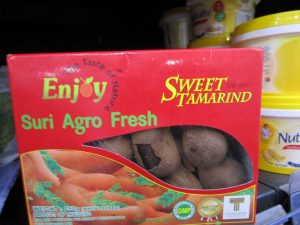 “I buy milk from the milkman directly. My husband’s family has been buying milk from him for the past 30 yrs. He does not add water to milk”.

“We don’t know what to do with the packet (milk is sold in plastic packets. So, we throw it into the dust bin. Earlier people used to buy plastic packet. Now, no one buys it”.

“We prepare payasam as prasadam [religious offering] with milk”

Implementing photovoice was both fun and a challenge for us. This had not been implemented in this community before so we were a bit skeptical about the response. We have managed to run successfully three series of workshops till now and are on course to complete two more by mid-December. Although the dates and times of the workshops was decided by the members, many did not turn up on time and this reduced the planned duration of workshops. Some members were not able to attend all the workshops. As and when the news spread about the photovoice workshops, new members who were not a part of the first workshop kept popping in and we could not say no to them. The captioning of photographs was tricky too as the captions sometimes did not really match the existing scientific evidence (“milk chocolates are good for us because they help to increase memory power”). 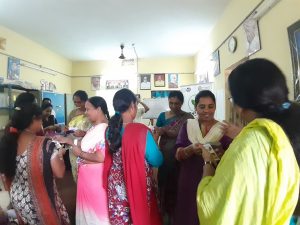 Overall, the experience of running the photovoice workshop was incredible to us and our team. We plan to continue employing this technique to explore concepts of environmental sustainability in the coming year. We also plan to run workshops on food items listed above in the rural parts of Visakhapatnam to understand the rural perspective and contrast with the urban perspective.

SHEFS (Sustainable and Healthy Food Systems) is a global research programme using novel techniques to generate and synthesise evidence, and to help decision-makers create policies that deliver nutritious and healthy diets in an environmentally sustainable and socially equitable manner.

This error message is only visible to WordPress admins